So you have a number of devices (cameras, locks, detectors, etc) that you need to terminate and power up – you could just connect them all to the same set of terminals on your power supply or (if there were too many cables to fit in the terminals) connect up using a piece of terminal strip and just parallel them all – that would be a bit messy and time consuming, but would probably work.

What’s wrong with doing it like this – after all, there are plenty of systems out there wired like that?

Well, a few things: Apart from creating a messy installation, future troubleshooting of cable faults or unserviceable equipment will be very difficult. But the biggest problem is if all devices are connected to effectively the same set of terminals and a short circuit were to occur on one of the cable runs (due to equipment failure or cable damage – or even intentional vandalism), then not only will that one device stop working, but all the others connected to the same power supply as well – so instead of an isolated problem, you can potentially have the entire system fail. In fact, smashing an easily accessible camera housing and shorting the power wires together to kill all the other cameras was one of the most popular approaches used by criminals in “ram raid” incidents in recent years.

The most logical approach to addressing this is to use a power supply with a built-in Power Distribution Module – you’ve seen them, the ones with a separate fuse or polyswitch for each device, along with its own set of terminals. Not only does it make terminating the job a breeze (no more over crowded terminal blocks or terminal strips with little bits of wire for jumpers), but it should ensure that a failure on one device (or its cable run) does not result in the failure of the whole system.

So far, so good. Power supplies like these are now pretty commonly available (Tactical was one of the first manufacturers in the industry to offer power distribution modules in its power supplies back in the early 90’s), but like most things, not all power distribution modules operate the same way and there are pros & cons for different approaches.

We’ll discuss the difference between the use of glass fuses, polyswitches / PTC’s and Active Electronic Over-current Protection in a later blog, but for now, your safest bet is to ensure that you use a good quality power supply and distribution system – we have tested a number of supplies in the marketplace and have found that some brands / models are of such poor quality that they cause up to 2 volts voltage drop per output just in the power distribution system alone – that’s before you take into account the inherent voltage drop of the cables and terminations used to connect your devices. Talk about starting from behind the eight ball !

This is an extract from the Tactical Technologies website 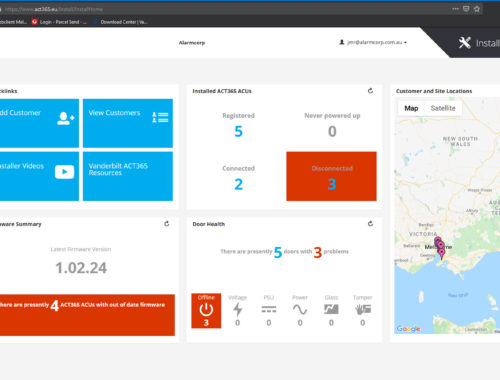