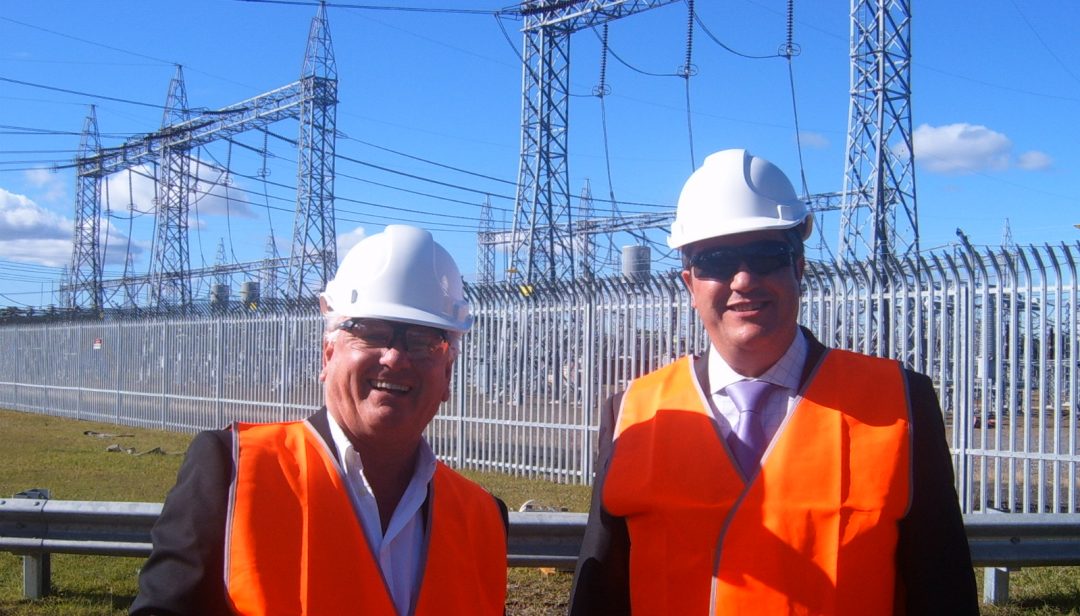 Some people believe installing and maintaining a microphonic fence system can be difficult and time consuming.  I find the Defensor System 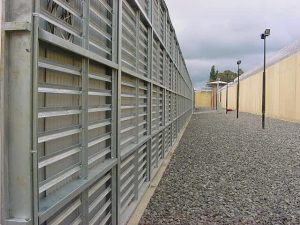 from Geoquip to be extremely easy to install and even easier to maintain.  As long as a few basic precautions are followed, you should be able to get many years of trouble-free operation.

I personally have seen systems of more than 20 years old still operating correctly.  Today though I thought I would list the basic steps to commission and test a Defensor Installation.  This information comes directly from the installation manual.  Unlike some systems that require a PC, training and software to setup, the Geoquip product can easily be setup by anyone without any special skills or tools.

An important aspect of the commissioning operation is inspection of the sensor cable installation to ensure adherence to the recommendations outlined in the installation manual QA189. Satisfactory adjustment of the analyser will be difficult to achieve with a poor installation. It is important to ensure that any problem areas are fixed before moving on to the next stage.

1. Before switching the power supply on, remove the positive side of the power connection from the terminal block on the PCB and tie it back so that it cannot accidentally come into contact with any metalwork. Ensure that the tamper optical switch is covered using a piece of paper or card.

2. Switch on the power supply and, using a multimeter, verify that the voltage appearing between the disconnected wire and 0V power terminal is between 7V and 24V dc and that the polarity is correct i.e. disconnected lead =+V.

3. Reconnect the positive wire to the terminal block and verify that the dc voltage between the two power terminals is still between 7V and 24V dc. If the voltage changes significantly when the supply wire is reconnected to the analyser, this indicates a problem with either the power source and/or supply cable or possibly with the analyser board.  If the analyser is remote from the 12V power source, the voltage drop in the supply cable can be compensated for by increasing the power supply output voltage, although it must be remembered that the terminal voltage to the analyser will rise significantly when the relays in the unit turn off under alarm conditions.

4. Verify that the alarm and tamper LEDs are both illuminated. Refer to Figure 2 for the position of these LEDs.  If either of the LEDs is not illuminated, a fault condition exists. Refer to Section 6 for guidance.

5. Monitor the audio signal by connecting a high impedance earpiece or a GWAMP-1 audio amplifier to the audio terminals. Verify that the audio output is quiet and that no continuous tones or other signals are present. Verify that, by tapping the surface to which the sensor cable is attached, a clear audio signal is detected. Refer to Section 6 for guidance if audio interference in the form of continuous tones or hum is detected.

Follow the instructions below to ensure that the system is set up correctly. Prior to carrying out the following procedures, ensure that the analyser has been successfully tested in accordance with the recommendations in the previous section.

1. Remove the lid and cover the tamper optical switch and verify that both alarm and tamper LEDs are on.  Set the Events and Timer controls to position 1.

5.4 ADJUSTING FOR IMPACT DETECTION (GAIN B)

2. Simulate a repeatable level of impact intrusion approximately 1.2m from the line of the sensor cable to mimic the actions of an intruder cutting the fence. Observe the Event LED whilst this is being done.

4. Repeat steps 2 and 3 using the same repeatable level of impact until an optimum setting is reached i.e. it gives reliable detection at the lowest possible setting whilst still causing the Event LED to flash.  Ensure that an optimum has been reached by decreasing the setting by one, and checking that the alarm LED does not turn off in response to an impact.  If the Event LED flashes when the Gain B Sensitivity control setting is at 0, the next lowest sensitivity setting is achieved by changing the DIL switch to LO and the Sensitivity control to 9.

5. The Events control can now be set to decide on the number of Events necessary to operate the alarm relay. Setting the Events control to 3, for example, means that three cuts of sufficient strength to trigger the Event LED must occur within the time interval set by the Timer control before the alarm operates.

7. Note the setting established in step 4 for the Gain B Sensitivity control and then reset this control to position 0. The Events and Timer controls can be left since their settings have no effect when adjusting the sustained attack channel

1. Set the Gain A Sensitivity control to position 5 and the DIL switch to HI.

2. Simulate a sustained attack similar to that of an intruder climbing the fence. The attack simulation is at an adequate level when the Climb LED is flashing. If the Climb LED is constantly illuminated then the Channel A setting is too high.

To obtain a realistic adjustment of the Channel A setting a full sustained attack should be attempted and it should last for at least four seconds to cause the alarm relay to operate.

5. Reset the Gain B Sensitivity control to the original setting noted above.  The system is now set to detect both cut and climb over modes of attack as simulated and/or performed by the commissioning engineer.

Additional testing should be carried out to verify that the response at different points is adequate, particularly at points where intrusions might be more likely to occur.  It is recommended that for ongoing maintenance purposes all tests and settings are recorded on the label provided on the inside of the lid of the analyser. 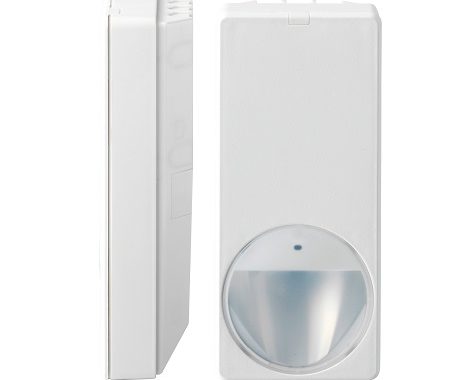