Vanderbilt CEO Named The Most Influential Person in Security 2016

It’s not often that you can say your partnerships with manufacturers are at the very pinnacle of your industry.  Alarmcorp have been the exclusive distributor of Vanderbilt Industries (formerly Siemens BT Products) since our inception.  Now Vanderbilt’s Joe Grillo Comes Out on Top in IFSEC Global Top 50 Most Influential People in Security and Fire 2016 Poll

June 9, 2016 – ACRE is delighted to announce that Joe Grillo, the CEO of its subsidiary company, Vanderbilt, has been named by IFSEC Global as the No.1 in a poll of the 50 Most Influential People in Security and Fire 2016.

Grillo was chosen from among prominent thought leaders, product development pioneers, entrepreneurs and executives who have all overseen surging revenues, profits and increased market share.

IFSEC Global’s Top 50 Most Influential People in Security and Fire survey provides an annual rundown of the industry’s big hitters. A round of public voting and deliberations from a panel of expert judges representing the security and life safety industries determine those who appear on the list. It offers an overview of those who offer the kind of strong and dynamic leadership that will ensure long-term success for the sector.

Grillo graduated from the University of Connecticut with a bachelor’s degree in finance before joining the electronic security and identification industries. Throughout his 30-year career he has combined his talents as an entrepreneur, investor, marketer and senior executive to acquire, develop and restructure businesses.

In 1993 he was appointed National Sales Manager for HID Corporation. He participated in the management buyout of HID from Hughes Aircraft/General Motors in 1995 and helped grow the outfit from a $15m card and reader company to a dominant $100m industry leader. He subsequently coordinated the sale the company to Assa Abloy in 2001.

At Assa Abloy, Grillo played a fundamental role in propelling the company to its position as one of the biggest names in access control. During this time he was President and later Executive Vice President of its global technologies division, which included HID Global, Assa Abloy Hospitality and Besam Automatic Doors. He was responsible for completing over 15 acquisitions during his time at Assa Abloy.

After retiring from Assa Abloy, Grillo spotted an opportunity to rejoin the security industry and founded ACRE LLC in 2012. The investment vehicle sought to act as a platform to consolidate acquisitions in the electronic security industry. It completed the purchase of the Schlage SMS business from Ingersoll Rand in September of the same year and renamed it Vanderbilt. ACRE then went on to acquire Mercury Security in June 2013 and Security Products from Siemens in June 2015. Outside of the corporate world, Grillo served as President and board member of the Security Industry Association (SIA) from 1998-2007.

“It is a tremendous honor to be named as the most influential person in the security industry by IFSEC Global – an accolade that is particularly special due to the fact that it was voted for by the public and my industry peers,” said Grillo. “However, my success has always been, and continues to be, shaped by the fantastic teams that I’ve worked with over the course of my career and who have helped turn our plans and aspirations into actions. I simply hope that, as a result of my endeavors, I have contributed to the long-term prosperity and success of the security industry.”

State of the Access Control Market: Where Does Vanderbilt Stand? 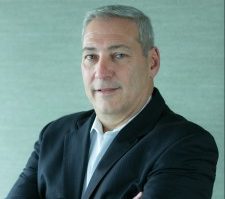 The Change from Siemens to Vanderbilt 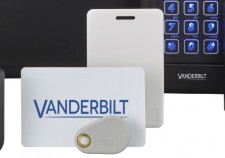 Getting Smart About Smart Cards